Being anxious has become a part of day to day life due to a problem at school, work, or any decision-making situation. But Anxiety Disorders (AD’s) is far more a complex disorder than some may realize. A person diagnosed with an anxiety disorder, the symptoms get exaggerated over a period of time and starts interfering in their Activities of Daily Living (ADL’s).

Generalized Anxiety Disorder (GAD) involves persistent excessive worrying which lasts for at least 6 months. It affects their personal life, such as social interactions, school, and work.

Panic disorders are recurrent episodes of sudden unexpected panic attacks that come on quickly and reach their peak within minutes. Attacks can occur suddenly by any triggering factor, such as a situation or object of fear. People with panic disorder are often anticipating the next attack and actively try to prevent them by avoiding people, places or situations.

During a panic attack, people may experience: 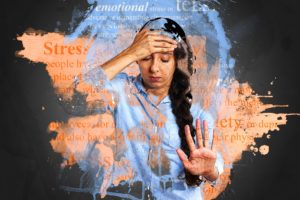 Obsessive-compulsive disorder (OCD) is a common chronic anxiety disorder in which people have recurring, unwanted recurring thoughts or obsessions and irresistible urge in engaging themselves in compulsive repetitive behaviors. Commonly known repetitive behaviors, such as fear of being contaminated by germs hand washing, checking on things, poses a serious threat in someone’s day to day life and social interactions. 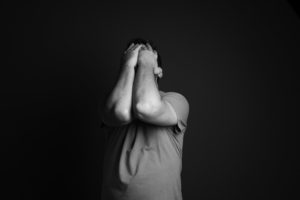 The people with Obsessive-compulsive disorder (OCD) have thoughts that are relentless and distressing rituals. The behaviors are rigid and. Most of the people with OCD continue to suffer from lack of insight despite knowing the fact that those obsessions are not being true. Sometimes they feel there’s no escaping from obsessions or stopping the compulsive actions.

Obsessions are reoccurring and endless thoughts, impulses, or figures that cause distressing emotions such as anxiety or distress.

Compulsions are repetitive behaviors or performances that a person does in an attempt to get away rid of the obsessive thoughts.

How to handle Obsessive-compulsive disorder (OCD)

Post-traumatic stress disorder can develop after an individual has experienced a stressful life event. Symptoms of PTSD include flashbacks of the event, avoiding things that remind the individual about the event, having negative thoughts. They suffer from nightmares, agitations, Self-destructive behavior, difficulty concentrating, exaggerated startle response, and difficulty remembering aspects of the event leading to insomnia, emotional detachments. Cognitive Behavior Therapies (CBT) proves to be an effective psychological intervention in treating PTSD.

Agoraphobia is characterized by a pronounced fear a wide range of public place especially crowds. People who experience this disorder often fear that they will suffer a panic attack in a setting where escape might be difficult.

Because of this fear, those with agoraphobia often avoid situations that might trigger an anxiety attack. In some cases, this avoidance behavior can reach a point where the individual is unable to even leave their own home.

Social Anxiety Disorder is a fairly common psychological disorder that involves an irrational fear of being watched or judged. The anxiety caused by this disorder can have a major impact on an individual’s life and make it difficult to function at school, work, and other social 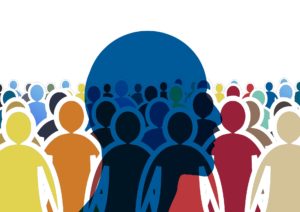 A phobia is an intense fear of—or aversion to—specific objects or situations. Although it can be realistic to be anxious in some circumstances, the fear people with phobias feel is out of proportion to the actual danger caused by the situation or object.

Social Anxiety Disorder: People with social anxiety disorder have a general intense fear of, or anxiety toward, social or performance situations. They worry that actions or behaviors associated with their anxiety will be negatively evaluated by others, leading them to feel embarrassed. This worry often causes people with social anxiety to avoid social situations. Social anxiety disorder can manifest in a range of situations, such as within the workplace or the school environment.

The first step is to seek your family physician to rule out any physical issues causing the symptoms. If an anxiety disorder is diagnosed, a professional clinical psychologist can work with you on the best treatment. Unfortunately, most of people with anxiety disorders don’t seek help. Most of the anxiety disorders respond well to psychotherapy and medications or both. Cognitive behavior therapy (CBT) is the most effective psychotherapy which can help a person learns a different way of thinking, reacting and behaving to help them perceive less anxiety. Medications will not cure anxiety disorders but can give alleviate symptoms. The most commonly used medications are anti-anxiety medications and antidepressants. Beta-blockers sometimes used to control the physical symptoms of anxiety. The other supportive treatment involves self-help by Stress management techniques and meditation can also help.