Dyslexia is a specific learning difficulty that can cause problems with reading, writing , and spelling and the intelligence component isn’t affected. People with dyslexia have difficulty connecting letters they see on a page with the sounds they make. As a result, reading becomes a slow, effortful and not a fluent process for them. In fact, while people with dyslexia can be slow readers, they often are very fast and creative thinkers with strong reasoning ability. 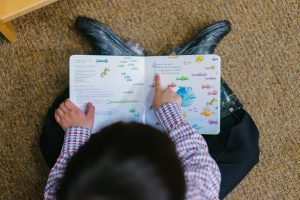 These children usually have trouble breaking down spoken words into syllables and recognizing words that rhyme. Kindergarten-age children may not be able to recognize and write letters as well as their peers. People with dyslexia may have difficulty with accuracy and spelling as well. The children with dyslexia may write letters backward. People with dyslexia, including adolescents and adults, often try to avoid activities involving reading when they can (reading for pleasure, reading instructions). They often gravitate to other mediums such as pictures, video, or audio.

Autism Spectrum Disorder is a Neurodevelopmental disorder characterized by persistent deficits in social interaction and communication in multiple life areas as well as restricted and repetitive patterns of behaviors. The DSM specifies that symptoms of autism spectrum disorder must be present during the early developmental period and that these symptoms must cause significant impairment in important areas of life including social. 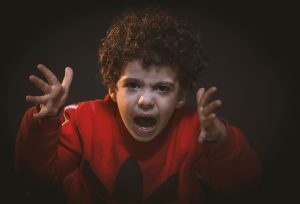 violate social norms and the rights of others. Children with this disorder display aggression toward people and animals, destroy property, steal and deceive, and violate other rules and laws. These behaviors result in significant problems in a child’s academic, work, or social functioning.