Eating disorders are characterized by obsessive concerns with weight and disruptive eating patterns that negatively impact physical and mental health.

Types of eating disorders include:

Anorexia nervosa is characterized by restricted food consumption that leads to weight loss and very low body weight. Those who experience this disorder also have a preoccupation and fear of gaining weight as well as a distorted view of their own appearance and behavior.

Bulimia nervosa involves binging and then taking extreme steps to compensate for these binges. 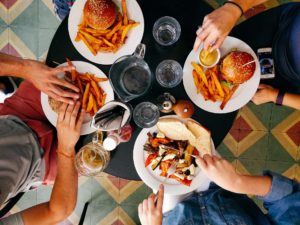 These compensatory behaviors might include self-induced vomiting, the abuse of laxatives or diuretics, and excessive exercise.

Rumination disorder is marked by regurgitating previously chewed or swallowed food in order to either spit it out or re-swallow it. Most of those affected by this disorder are children or adults who also have a developmental delay or intellectual disability. Additional problems that can result from this behavior include dental decay, esophageal ulcers, and malnutrition.

Pica involves craving and consuming non-food substances such as dirt, paint, or soap. The disorder most commonly affects children and those with developmental disabilities.

Binge-eating disorder was first introduced in the DSM-5 and involves episodes of binge eating where the individual consumes an unusually large amount of over the course of a couple of hours. Not only do people overeat, however, they also feel as if they have no control over their eating. Binge eating episodes are sometimes triggered by certain emotions such as feeling happy or anxious, boredom or following stressful events.