Narcolepsy is a condition characterized by

Insomnia disorder – Poor sleep in which people experience inadequate sleep and sleeping difficulties which leads to distress and functional impairment in day to today life. 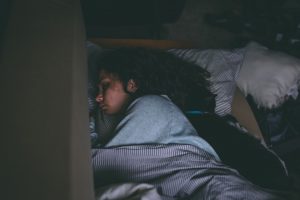 Hypersomnolence disorder– Excessive sleep during the day or prolonged nighttime sleep. People with this condition may fall asleep during the day at inappropriate times such as at work and school. In addition to this excessive sleepiness, people with hypersomnolence may also experience anxiety, memory problems, loss of appetite, slow thinking, and disorientation upon waking.

Breathing-related sleep disorders are those that involve breathing anomalies including sleep apnea and chronic snoring that can occur during sleep. These breathing problems can result in brief interruptions in sleep that can lead to other problems including insomnia and daytime sleepiness.

Restless legs syndrome is a neurological condition that involves having uncomfortable sensations in the legs and an irresistible urge to move the legs in order to relieve the sensations. People with this condition may feel tugging, creeping, burning, and crawling sensations in their legs resulting in an excessive movement which then interferes with sleep.